Views on Homosexuality, is it Right or Wrong?

The song I Kissed A Girl by Katy Perry got a lot of attention when it was released in 2008. And our world has since exploded with the LGBT movement. On June 26th, 2015 the United States Supreme Court went so far as to redefine marriage by ruling that it was no longer an arrangement between one man and one woman.

To be honest, I (Shelley) really don’t like addressing controversial topics like these because it’s so easy to be misunderstood. But, I’ve had this topic come up several times lately and feel it’s too important to ignore.

A while back, I was at a teen summer camp and we were traveling in a van to go rock climbing. As we were traveling, I was talking to two of the eighth grade girls sitting behind me. They are both Christians and are involved in the youth group at their church. All of a sudden, they asked me what I thought about homosexuals.

The one girl said her dad was very prejudice about homosexuals and not very nice in the way he responds to them. The other girls said her mom was very judgmental about her friends and judged them by their appearance and not by who they are as a person. And they both disagreed with their parents’ judgmental responses.

Instead of going right into what I thought, I asked them what they believed.

They both said that although they knew the bible said it was wrong, they didn’t see what was wrong with being in love with someone, even if that person was someone of the same sex. They also mentioned that they know homosexuals that are really nice. 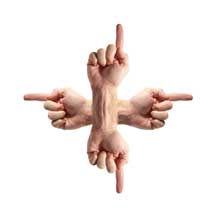 Honestly, I don't think these two girls are the only ones confused. I think there are a lot of people, even Christians, who are unsure how to address the issue of homosexuality in our culture today.

“It's not what good girls do. Not how they should behave. My head gets so confused. Hard to obey...I kissed a girl just to try it. I hope my boyfriend don't mind it. It felt so wrong. It felt so right.”

Why is the song I Kissed a Girl so popular? Quite possibly because it connects with our curiosity and our confusion on this topic.

So, What Do You Think?

What are you views of homosexuality?

Is it right or wrong?

Well, as I thought about this very controversial topic, I came up with a few things to consider…

The first time I ever saw two men kissing was at the beach one summer when I was in grade school. I was shocked because I had never seen anything like it before. Not on TV, not in movies, not in public. Nowhere. Until that day.

I still feel uncomfortable seeing two women or two men kiss, but not as much as I used to. Why? Well, I think it’s because I’ve become desensitized to seeing it. You see, over the last several years, the media has started emphasizing homosexuality in our TV shows, songs, movies, music videos, etc.

It used to be that we could name a few controversial shows, songs, or moments, but now it’s everywhere. JK Rowling made headlines when she announced Professor Dumbledore was gay. Even the Disney channel has infused homosexuality into its TV shows. In fact, in today’s world, it is rarer to find a show that hasn’t shown homosexual relationships than to find one that does.

It’s everywhere and hard to avoid these days. 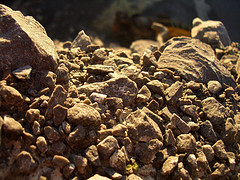 It’s kind of like walking on gravel. Some people, like me, wear shoes all the time. Therefore, when we walk on gravel, our feet are very sensitive and hurt. However, other people have walked around their entire lives without shoes and have developed thick skin on their feet. Therefore, they can walk on gravel and not even flinch. The gravel doesn’t affect them like it does me.

Over time, their feet have become desensitized and calloused.

In the same way, we have become desensitized through the media to homosexuality.

You may not struggle with the same sins as I do, but we all have our struggles. I have mine and you have yours. 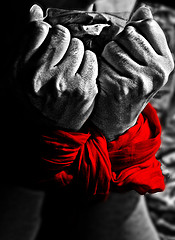 Did you know that the word "sin" is an old archery term meaning to miss the mark? So, when we sin, we miss God’s mark or His standard for our lives.

Some people struggle with drinking too much or using drugs. They may not just drink socially, but they drink to get drunk. I know this was true for me when I was partying in high school. I didn’t drink socially...I would drink to get drunk. When I think back on it, I am very thankful that Jesus rescued me from the path my life was going and helped me change directions before it got worse. The bible is pretty clear that we are not to “get drunk on wine, which leads to debauchery. Instead be filled with the Spirit.” (Ephesians 5:18)

Click here to read the rest of this article.

Shelley and Heather have written a book...
specifically for teen girls -- and this book could change your life
or the life of a teen girl you know!

Share Your Views on Homosexuality. What Do You Think?

This tends to be a controversial topic, even sometimes among Christians. What do you think? What are your views on homosexuality? What are some ways you think we should address this issue?

What Others Have Said About Homosexuality

Click below to see contributions from other visitors to this page about homosexuality...

What about love?
Hello, i'm a guy...also a "struggler" with homosexuality...for a long time now...went through all the "gay-referring" verses in Gods word...I really love …

What an actual homosexual thinks about this.
Hey, my name is Shae and im gay. Im 17 yrs old. I've been struggeling with homosexuality since I was 12. I was brought up in the church, been going all …

Homosexuals-- my thoughts
My knowledge of homosexuals makes me believe that most homosexuality arises from a precociousness in matters of sex. Especially in the case of boys, it …

Experimenting With Homosexuality
so i wasn't popular at all in 7th grade but when i started 8th grade i was the talk of the school. All my girl friends where bi and had at least kissed …

What if it's Natural?
hello, i have a Christian friend who recently told us he was gay. He tells us this was not a sudden decision, right from when he hit puberty, he has felt …

God is Love
I believe there is NO choice in being yourself. The Bible says that the most important thing is love. When there is so much bad going on in the world around …

The truth is obvious
Okay so first of all God says that he really dislikes homosexuality. And the truth about this matter is obvious. A man and a man cannot have a child together. …

I agree!!!
I am a teen Catholic Christian, and am often hit with the curveball of homosexuality, especially with the media. And I am always hit with, "Support love, …

Adam & Eve, OR Adam & Steve?
Growing up my family didn't go to church, pray at dinner, or any other Christian activites. I believe that homosexuality is perfectly fine. Most people …

My views, and an inner struggle
I am a bisexual teen girl out since last year. It's difficult because I have always been close to God and was raised in the Catholic religion. I don't …

Definitley not alright
It is definitely NOT okay. The bible strictly says that we are to fall in love with people of the opposite sex, or else we are in sin.

Homosexuality in my opinion is ok
I think homosexuality is ok. I know a lot of people who have come out and said that they are gay, but I will always love them no matter who they like. …

Return from I Kissed a Girl to Teen Beauty Tips Homepage