My Testimony of Salvation 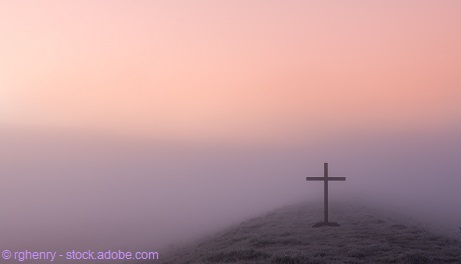 My testimony of salvation dates back to childhood, and doesn't end there.  I hope what God has done for me will speak to your soul so that you may seek Him.

How My Story Began

My name is Amanda. I am 32 years old. I just celebrated my 7th spiritual birthday. I love Jesus and He loves me. However, Jesus used to be a complete stranger to me.

You see, I was raised in the Unitarian Church. Jesus was only ever just a spiritual figure to me. As a matter of fact, I only saw church as a place to go and sit in pews and listen to worldly topics, sing some hymns, and learn about morals and good behavior. Fellowship was after service, and we would eat snacks, and sit and talk to other members.

I only learned about Jesus from the little bit my mom had told me outside of church. She explained that He is the Son of God and that He was crucified on the cross, and was resurrected on the third day. I never learned anything from the church I had been attending. I would ask what our beliefs were, and they only said, "Whatever we choose to believe."

I remember feeling lost, because that answer told me that there was no goal or purpose for why we gather each week, not to mention I had no clue as to who God was besides the Creator of Earth who created us and resided in heaven. Why was Jesus' life and death so important and why was it talked about at every other church but my own?

The summer I was turning 15, I was invited to a Christian camp, and I was overwhelmed! I learned more about Jesus than I could even comprehend! I was overjoyed to hear that Jesus not only was the Son of God, but that He actually wanted to know me in a personal way! It wasn't long after I got back from camp that my mom and I left the Unitarian church. I'd finally come to accept that they weren't a church to acknowledge the Bible, nor did they even want to discuss Jesus or any possible hope of salvation. As a matter of fact, when I questioned why we don't have communion, they responded as if I was suggesting idol worship! And so we happily left and started visiting other churches. I just say, I was amazed by the huge difference in the message! It was ALL ABOUT Jesus!

Over the years, I confessed my sins and asked God to forgive me several times, but without being raised with biblical indoctrination, I fell away from God.

As a teenager I felt so much rejection in my life, that I pushed away my mother and would only connect with my friends I had both emotionally and physically. I began cutting myself to dull the emotional pain with physical pain. It was my own way of still maintaining some form of control even if it didn't make sense.

After high school, I went from bad to worse. I would spend nights drinking wine or even whiskey with friends and people I thought were my friends. Then sometimes I was alone with other men engaging in promiscuity and occult practices. Some of my sexual behavior and occult practices had started in high school. I talked one of my guy friends (whom I was already using for free dinners, alcohol, and other things) into buying a Ouija board to keep at his house so we could play whenever I would come over.

One night, after having a little too much fun, I took the opportunity to invite a spirit back to my home... and it did. Shortly after this I was in a minor car accident with him and some other friends. I look back at that now and realize how, even then, God was allowing that to happen so that fear might stand in the way of my means to be at his house, which was where I spoke with the dead.

I was looking for acceptance and empowerment in all the wrong places, needless to say.  I was so desperate to be loved that I even thought promiscuity was the best way to become noticed. I believed if someone found me sexually attractive and desired me physically, that would fulfill my need to feel loved. I was so insecure that I needed to be idolized by others in order to feel empowered.

I began modeling for internet sites in little to no clothing, and sometimes I modeled with other girls in the pictures with me. And had God not intervened when He did, who knows where that path may have lead me! I was a wild child to say the least! I flirted with guys and girls, both. I wasn't exactly bisexual, but I certainly wasn't picky about who gave me attention either.

More than anything, I was just very adamant about embracing my sexuality. In truth though, I was suffering from a number of sexual addictions, although at the time, I felt I was just being a free spirit. I’ve heard that sexual abuse can result in these issues.. but I honestly don’t know if that’s my case or not. I can’t blame it on that.

I began going to church, reading my bible, and trying to understand what being a Christian meant.  But after a short while, I became so overwhelmed by all the rules, regulations, and expectations that I knew I could never measure up to, that I fell away again. I figured by this point I had things figured out on my own and didn't need God as much now that He had answered my prayer and got me in a safer situation.  I did want forgiveness and obviously wanted to spend eternity in heaven with Him, but I wanted it on my own terms. I wanted to be the one to call the shots instead of letting God be in charge.

The Dream That Changed My Life...

I fell in love at the end of my eighteenth year and moved in with the man who is now my husband. We lived together for a while and had two children, although I was fully aware it was outside of God’s will since I was living this way unmarried.

Two years after our second child was born we did get married, and I truly believed that by marrying, I was no longer a sinner. After all, I figured the only sin I'd truly been committing was sexual sin. As long as I acknowledged God in prayer from time to time, and had SOME kind of relationship with Him, I would be worthy enough to get into heaven. I was a nice person after all, and so I figured God's loving nature would allow any sins I was committing to be overlooked.

Over the years, God sent some angels along the way, then one summer morning I had a very vivid dream. In my dream, a nurse was informing me that I only had 24 hours left to live, and asked me in an anxious tone, “Amanda, do you KNOW the Lord?” I looked at her and as I tried to say "Yes", I started crying... and my answer changed.

“Maybe not as well as I should,” I sobbed.

I immediately awakened! I felt like I'd been asleep for a month and was so shaken by that nurse’s question playing over and over in my mind. “Do you know the Lord?” I made it to my couch after many slow and heavy steps, then fell to my knees crying out to God, asking for forgiveness, and begging Him to help me stay on the right path once and for all. I realized that although I knew who Jesus was and believed He died for me, I had only accepted Him by words instead of by spiritual action. I had never truly put my trust in Him.

It was like having believed a parachute would save me while I was falling, but not actually wearing the parachute. I believed in Jesus, but wasn't trusting in Him to LEAD my life. I was saved on that Wednesday morning of June 17, 2009 and when Sunday came, the children and I got up and got dressed and walked to church.

I was nervous about walking in unexpected and not knowing anyone there. After all, just one week prior it was NOT in my plans to visit ANY church yet. Would they be pushy, or scary, or ambush me with questions or overwhelm me with godly expectations? Would it be too much for me to handle? But none of that happened. I met a small group of people just sitting around a table having Sunday School. Everyone was so friendly and accepting that I couldn't wait to come back!

I still attend that church and now those people feel like family. When I look back I realize the reason I always fell away before was because I thought being a Christian meant following a list of rules too hard to maintain. That I would somehow stay on God's 'good' list by believing and being the nicest person I could be.

I didn’t understand it was about getting to know God and having a relationship with Him, and that I had to let go of myself long enough to let HIM be the One to grow me. I am still learning and still growing in that relationship, and my church family is there as a support group to help me along in my growth!

My love for God is so much stronger than the things this world used to control me with. I have torn down those idols and replaced them with Christ! God loved me enough while I was still a sinner that He wanted to pull me out of that sin and darkness and into His light and mercy. I didn’t deserve His grace, but He gave it to me freely.

I learned that God loved me right where I was, no matter what I was currently doing or not doing and the only thing He was asking from me was to get to know Him. Any changes that have happened are simply a result of growing in Him!

I still deal with depression, anxiety, even fallen off the spiritual wagon at times, and I also have had to suffer the consequences from choices I made in my unsaved life... but my faith is stronger now and God has given me every reason to stay faithful and not give up! After all, He never gave up on me.

Knowing my Creator and experiencing His love through His Word and through prayer is the greatest gift He's ever bestowed upon me!

God is love and love perseveres!