Can We Trust the Bible, or Is It Just Fairytales? 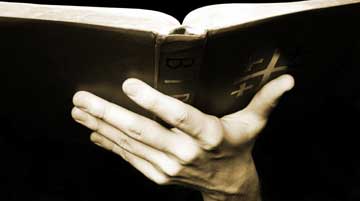 I've been a Christian for many years. And to be honest, I figured there were interesting bible facts to back up what I believed, but like many Christians, I had blind faith in the Bible.

I believed it because the Church told me it was God's Word. And because it had changed my life. At that time, it was enough for me.

But recently, I went on a journey to find evidence for myself. And I found that there are actually many interesting Bible facts and much evidence to back up what I believe in the Bible.

When We Look at a Book, How Can We Know That it's True?

First of all, it really doesn't matter what we believe about it. It matters what is true.

So How Do We Know Eternal Truth?

I have to admit that I've struggled with excepting the Bible as eternal, absolute truth. As I searched for answers, I found some that makes sense to me.

By the way, many of the concepts I am sharing are taken from chapter three in Mark Cahill's book, "One Heartbeat Away, Your Journey into Eternity." I highly recommend it if you're searching for spiritual truth.

Let me explain to you why the Bible is unique by sharing a few interesting bible facts.

Interesting Bible Facts #1:
The Bible is The Best-selling Book of All Time

How many Bibles, do you think are sold in one year? Any guesses?

And there are over 4 billion Bibles in print.

Just because the Bible is the best-selling book of all time, doesn't mean it's truth. But, it does mean that it's probably a book that's worth checking into. If that many people are buying it, there's probably something to it.

Interesting Bible Facts #2:
The Bible Claims to be Written by God.

All other religious texts were written by men who claimed to be speaking for God. Only the Bible claims to be written by God, speaking to men.

Did you know that over 3000 times the Bible says, “thus saith the Lord.”

Knowing that the Bible claims to be written by God, is there any evidence to prove this supernatural words and of the Bible? There is. From history, archaeology, science and prophecy we have a lot of evidence to show that the Bible is indeed the word of God. Let's look briefly at it.

First of all, they are over 24, 000 ancient copies of portions of the New Testament. The closest in all other books is Homer's Iliad, which has 643 ancient copies

Secondly, the Bible itself does not have any contradictions within it. Some people will claim there are contradictions, but when you ask them about it, they have a hard time naming them.

Thirdly, the external evidence for the Bible is incredible. There is a Roman historian named Tactitus and a Jewish historian named Josephus that both support the historical accuracy of the Bible. Also, there were 17 secular historians, who wrote about the death of Jesus by crucifixion. This could not have been made up by men, and shows that external historical records support the Bible.

Finally, no one has been able to identify one historical mistake anywhere in the Bible. If man did write the Bible, we surely would have found mistakes after 2000 years. But there are none.

There have been more than 25,000 archaeological findings relating to people, places, and events in the Bible. And believe it or not, not one of them has contradicted anything in the Bible. That in and of itself is incredible proof of the Bible's trustworthiness.

Did you know that approximately 25% of the entire contents of the Bible is prophecy. That means about 25%, predicts future events. And to this date, every single one of them has come true to the smallest detail, except the remaining prophecies about the return of Jesus.

Statistically, there is no way any man can predict the future with 100% accuracy. Therefore whom is the only one who can do this?

The only one that can do this is the God of the Bible, which includes Jesus Christ.

We have reason to put our full trust in this book, the Bible, as eternal truth.

What Are Some of the Examples of Fulfilled Prophecies?

Here are a few.

Micah 5:2 says the Messiah will be born in Bethlehem. This is fulfilled in Luke 2:4-7.

I want to share something that Mark Cahill shares in his book that will give you a visual image of what we're talking about.

“Jesus Christ fulfilled more than 300 prophecies in his life. Here's something that can help you appreciate the odds of this happening: if only eight of those 300 prophecies came true in any one person, it would be comparable to this: 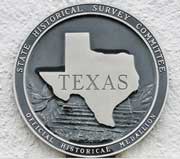 What do you think the chances are that you would pick up the red one? Would you bet your retirement fund picking up that red Silver Dollar? Would you bet your eternal life on odds like that? All of us do, because those are only the odds for eight prophecies coming true in one person. But Jesus had more than 300 prophecies about him come true."(1)

How's that for an interesting Bible fact?

I encourage you to continue your study of the Bible for yourself. There are lots of great books out there to get more information from.  Eternity is a long time. Make sure you have solid answers for why you believe what you believe!

You can request a free copy here.